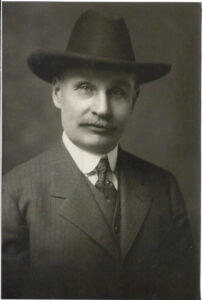 The fog is thin and the first sun rays find down on the cobblestones on the muddy street. A fishmonger calms on a piece of bread thrown out with the garbage from the sugar bakery on Sillgatan 61, it flies up scared of Pripp’s horse-drawn beer delivery, coming down the street in this early morning hour. A light morning breeze sweeps in from the harbor, it smells fish mixed with sea. Some emigrants are walking down the street comping from the first train arrived at Bergslagen railway station half an hour earlier. A new day takes shape in 19th-century Gothenburg.

The emigrants look like they have been doing since the beginning of the 19th century, the difference is that they are now getting much safer and faster to the engaged country. One uses the new innovation steam engine. The shipping companies have grown big and strong and are located one after another along the well-trafic street. The year is 1883 and with the train from Surte comes April 19, the Family Pedersen accompanied by Alexander and his older brother, Otto Samuelsson. They are dragging an American suitcase between them and its easy to see that they are expectant but also serious. They have left their security at the glass mill in Surte and now the world is at their feet. Here at the end of Sillgatan, the journey begins. It is time to sign the passenger list and board the SS Orlando, the steamship that will cary them to their first destination, Hull in England. Alexander and his brother is about to make a trip similar to the one made by  1.5 million Swedes.

When Alexander was 12-13 years old, he began to learn to glass blowers. It was a long education. When you were considered complete for the profession, one had to pass a test of ones skill. Blowing glass was a difficult art. Alexander was born in Kungälv and moved to Surte at the age of 16. He became a glass blower but also had a lot of smith’s knowledge when his father Anders was a trained blacksmith. But at the beginning of the 1880s, Surte Glasbruk is experiencing financial difficulties, but it is also generally a difficult time in Sweden with several years of mischief and sluggish economic activity. Alexander and his brother decide to make the disputed trip to the country of dreams. Perhaps it is one of the travel brochures that are spreading that causes the brothers to consider starting a new life on the other side of the ocean or the current bankruptcy at Surte Glasbruk in 1885, as they already anticipate.

In the film we follow the journey of Alexander and hes older brother how Alexander in 1915 embodying something similar to “The American Dream”. He submits the patent on the design of the new CocaCola bottle after a contest announced by CocaCola. Together with The Rootglass Companys owner Chapman J Root and designer Earl Dean and some other people, they create the new contour bottle that wins the competition. They have just created the design of perhaps the world’s most famous packaging. Success is a fact but the question is, was it really Alexander who was the originator or was he just the messenger who submitted the paper documents. The event is very mythical and is seen by many as one of the emigrations of the 19th century strongest sunshine stories.

We also get to know what it was like to travel on the boats across the Atlantic. The shipping companies competing to cross the big ocean in the shortest time. 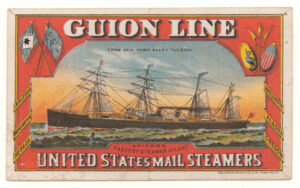 competition culminated in 1912 when Titanic went on an iceberg and sunk. How was it possible to search for a job in the glass industry in the Chicago area and how could you advance to designs in the early 1900s despite language difficulties and poverty. Travel with Alexander on his journey to happiness and feel the history as we make the journey today and see what’s left along the way from this time. Lets follow the Alexander Samuelson trail.